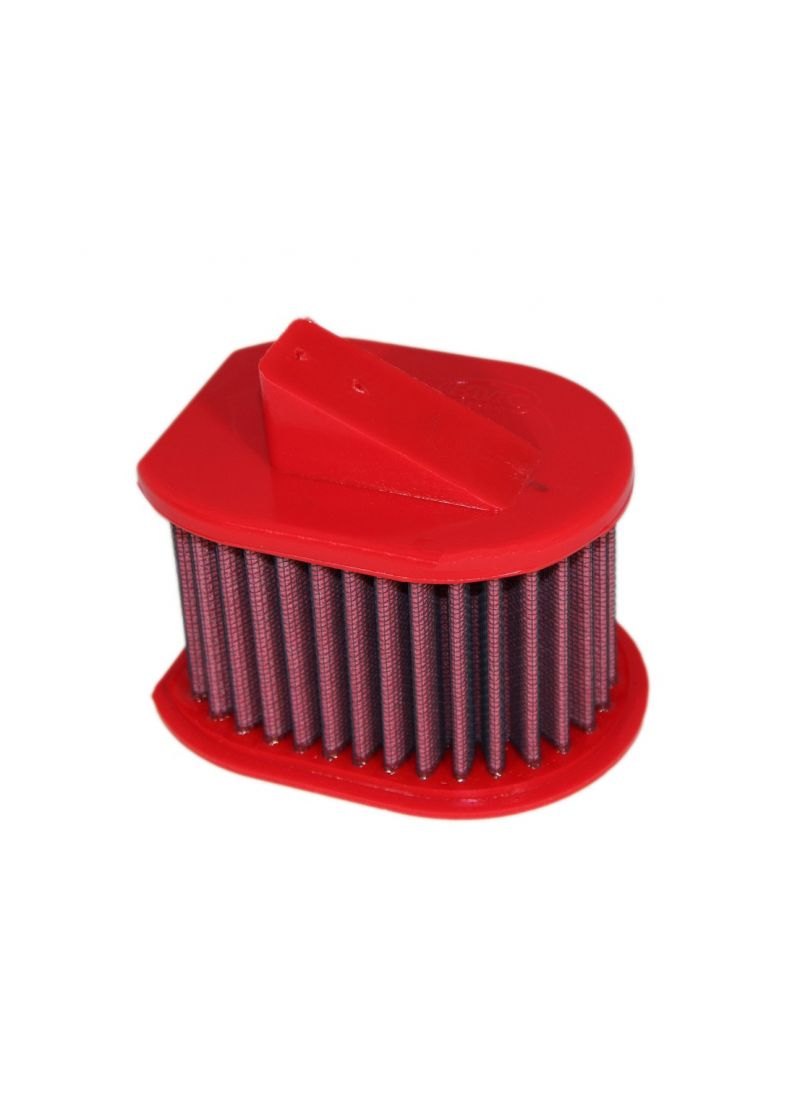 The panel / cylindrical air filter is commonly referred to as "replacement air filter". It is installed in the vehicle's original airbox to replace the OEM air filter. It is made of highly performing materials that allow an increased air flow combined with a more efficient filtration, guaranteeing containment of all impurities from as small as 7 microns (compared to OEM's 10 microns).

Air flow chart for a sample BMC air filter against an OEM paper filter
Temperature 25C° - Humidity 25% - Pressure 1020mbar
Test ran with oem airbox, and the related air flow constrictions.
This chart has a pure illustrative purpose and does not refer to the present filter.

BMC air filters are produced using a "Full Moulding" system that enables the characteristic red filter to be realized from a single mould with no welded joints thus avoiding easy breakage. The rubber used in BMC air filtering systems has a long life, is very durable and has optimum adhesion characteristics to all shapes of airboxes.

BMC filters are made of a multi-layered cotton gauze soaked with low viscosity oil covered with an epoxy coated alloy mesh to ensure protection from petrol fumes and oxidization due to air humidity.

All BMC air filters are pre-oiled, and they can be washed and regenerated by using the appropriate BMC regeneration kit.