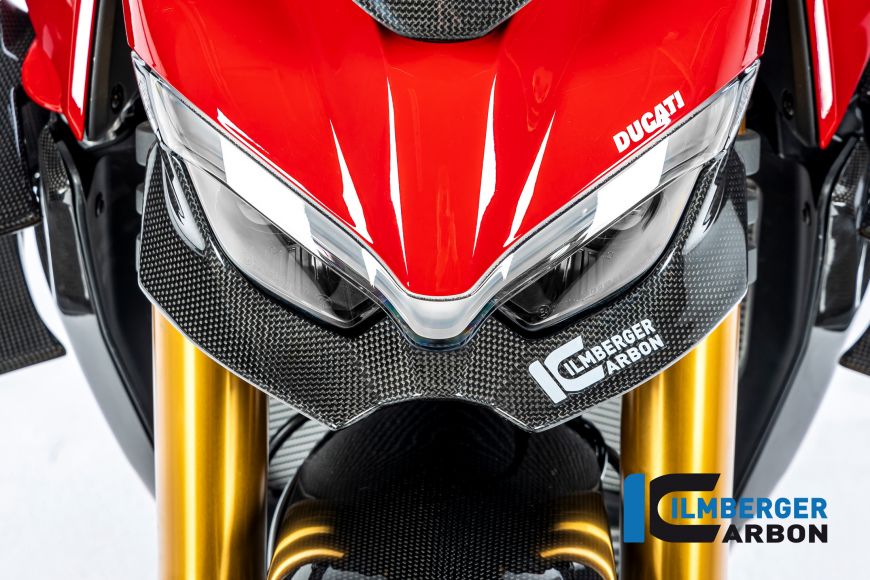 It goes without saying that you can choose from either glossy or matt carbon, a version for each taste. The glossy parts are High Gloss, with a unique coating topped by a high-polished paint, superb looks that go for years. The matt carbon matches with Ducati Performance carbon, to ensure that you can add these to existing parts on your Streetfighter.

There's a choice of over 50 carbon parts, here are a couple of the most distinctive: 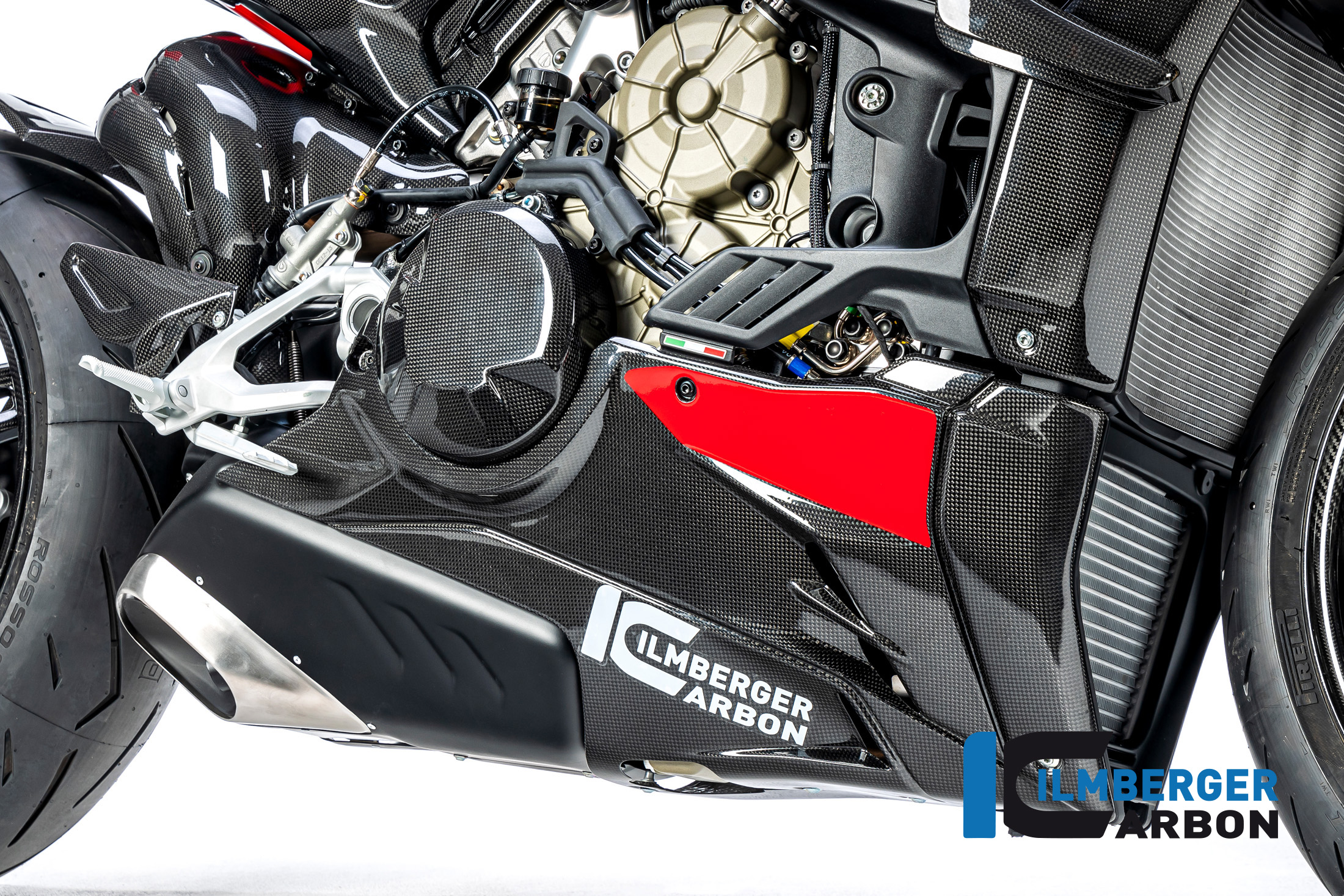 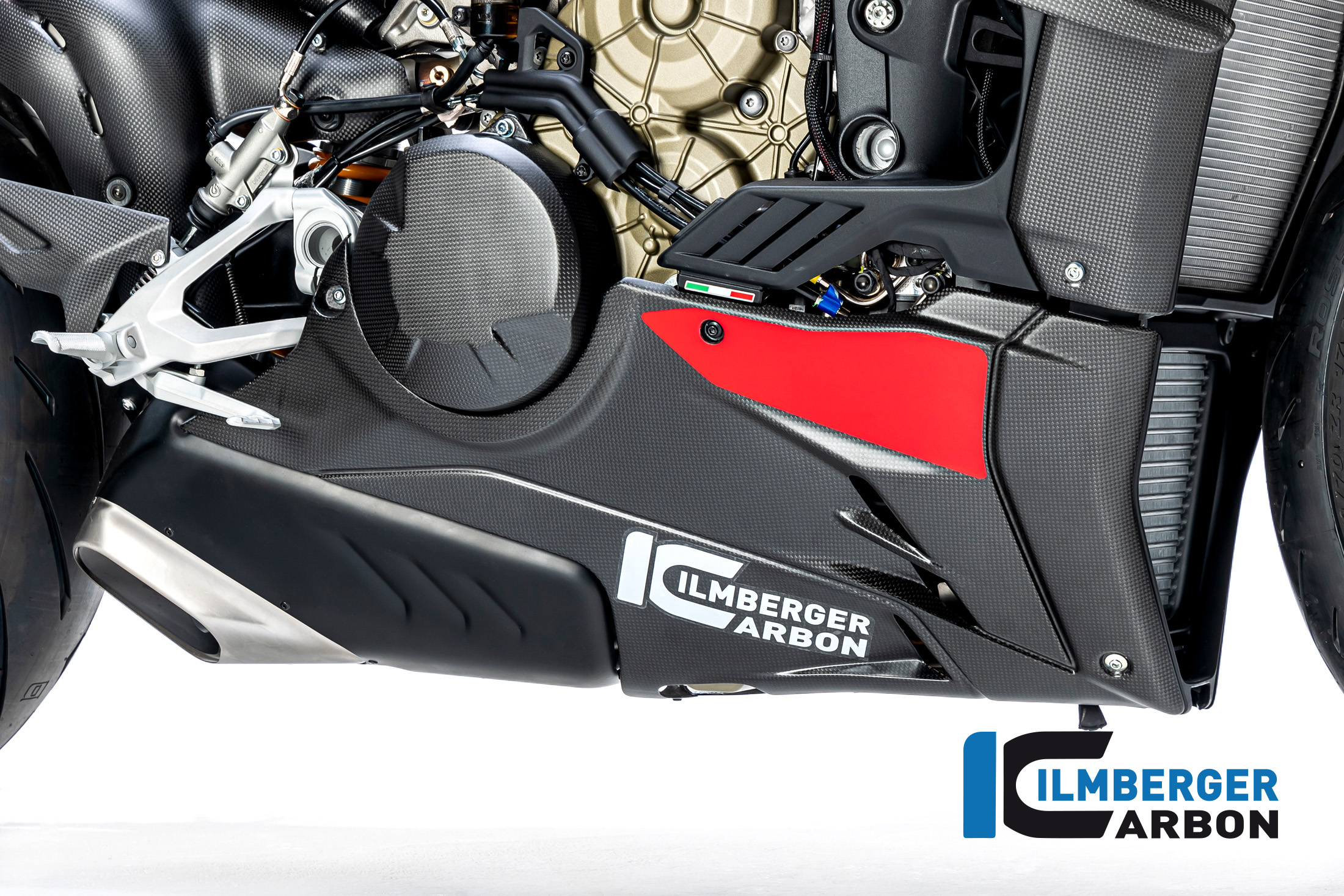 The carbon bellypan adds to the looks of your Streetfighter V4, giving it the sporty lines that remind of the Panigale V4, without taking away from the naked bike look. Sold per side, so you can always replace damaged parts. 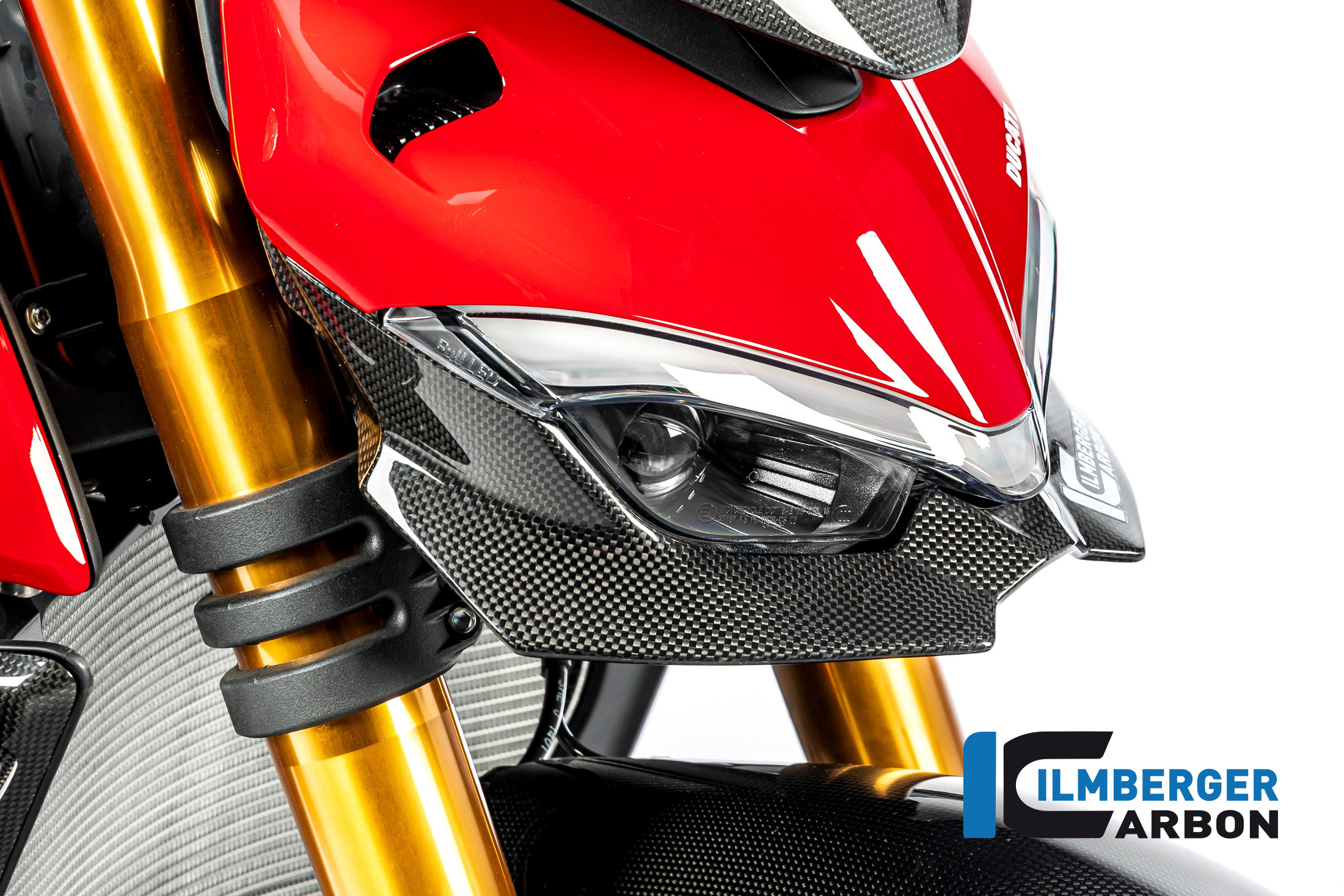 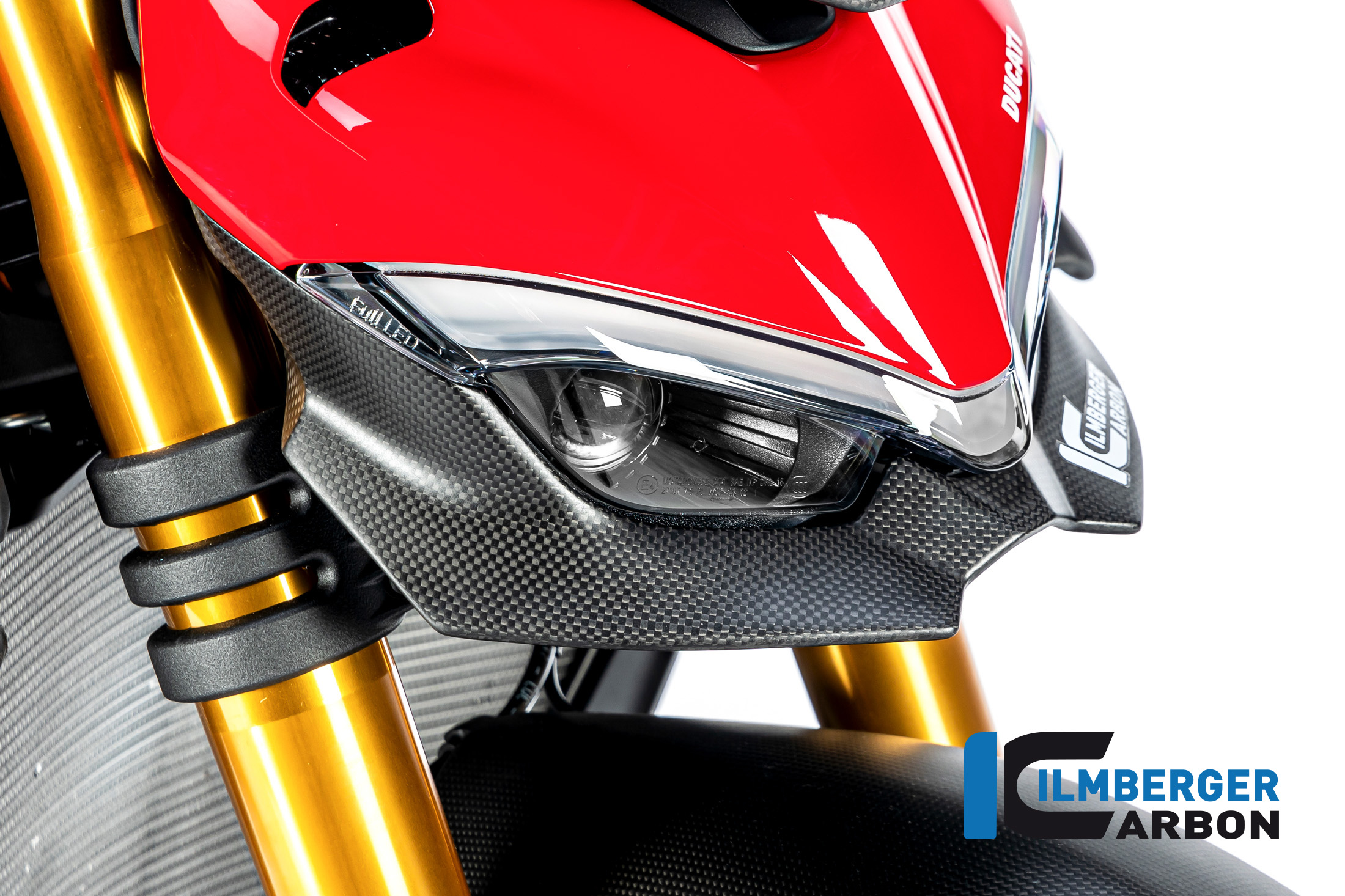 The aggressive looks of the Streetfighter V4 are mostly due to the sporty lines of the headlight. Beautiful design that gives the SF it's unique Streetfighter looks. This carbon parts emphasizes these looks, adding a hightech touch to the aggressive style. 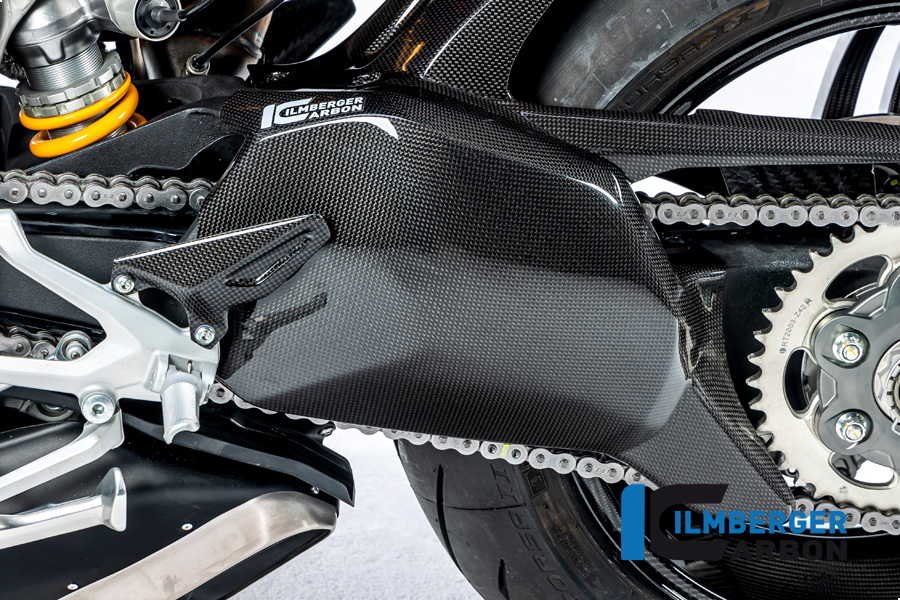 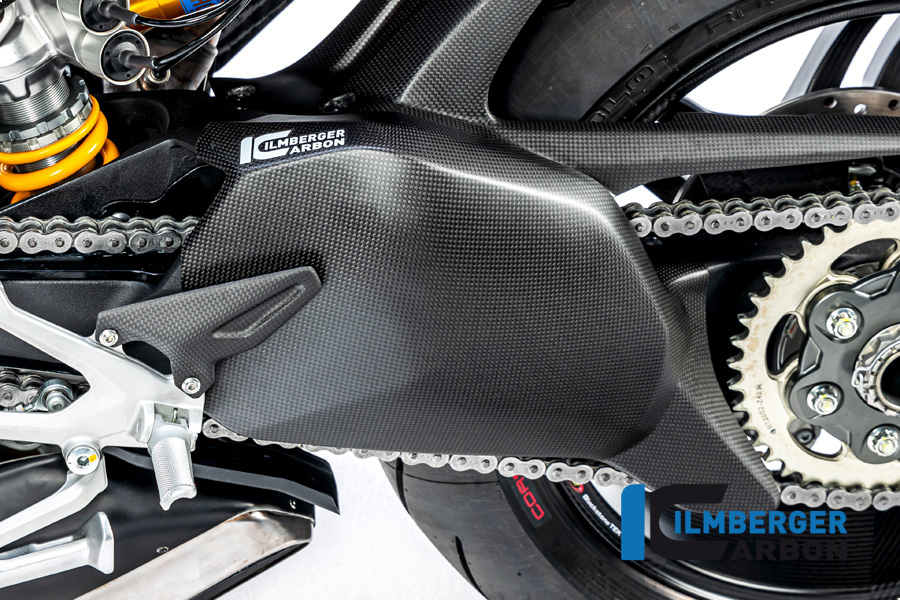 The rear swingarm is one of the defining design-elements in the rear, and is always up for fresh look. This swingarm cover gives your Streetfighter V4 even more hightech looks, and with a choice of show-gloss Gloss Carbon or a more subtle Matt Carbon there's a choice for each taste. A great addition to any Streetfighter. 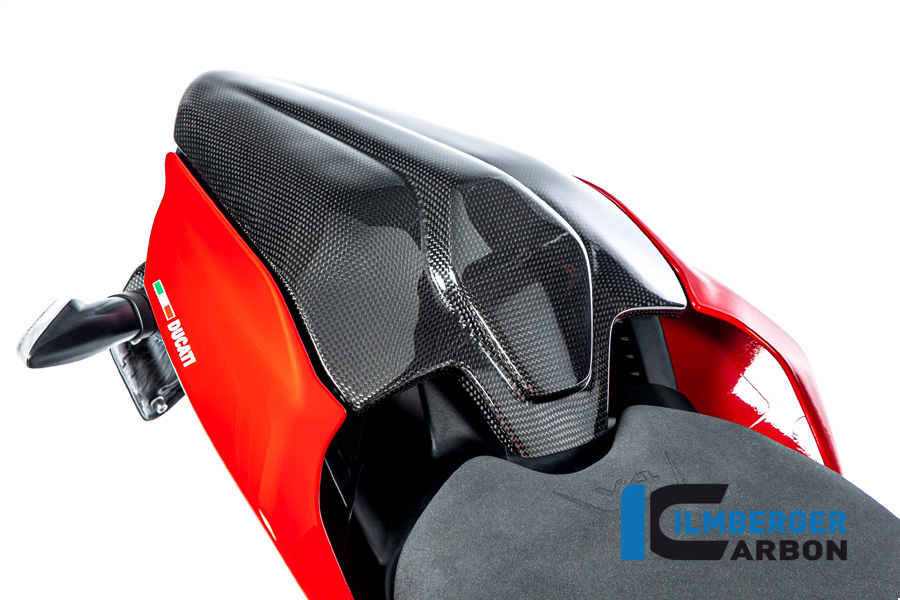 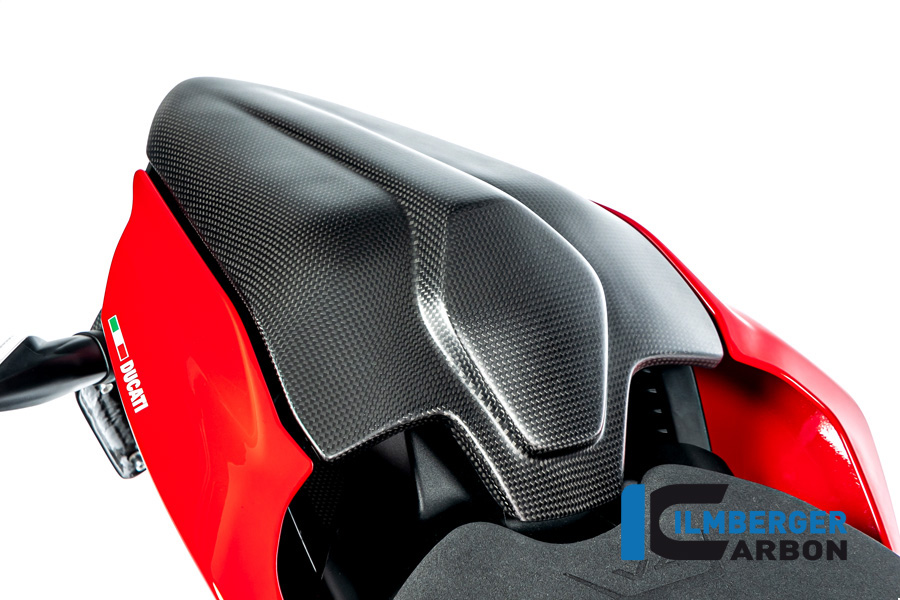 For those who hardly ever ride with passenger, or never at all, it's a great option to replace the pillion seat with this beautiful seat cover. It replaces the OEM passenger seat without modifications and adds to the overall looks of the Streetfighter V4.

The cover was designed to not only be a cover, but to add to the design of the SF as well. The sleek lines match with those of the rear fairing, both in the front as well as in the back. The seat pad in the middle has the effect of breaking an otherwise big carbon surface, adding a design element instead of making the surface big and bulky. Beautiful as well as subtle. 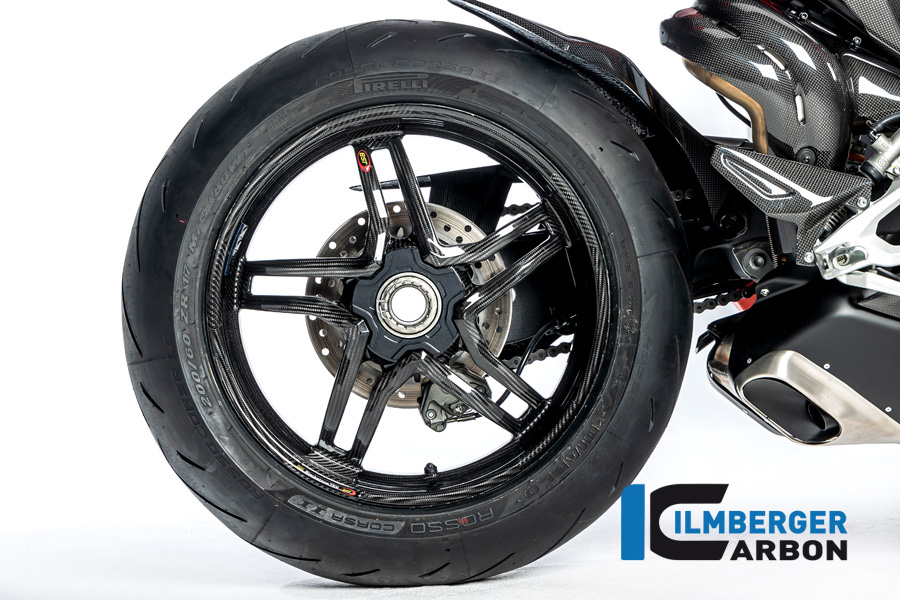 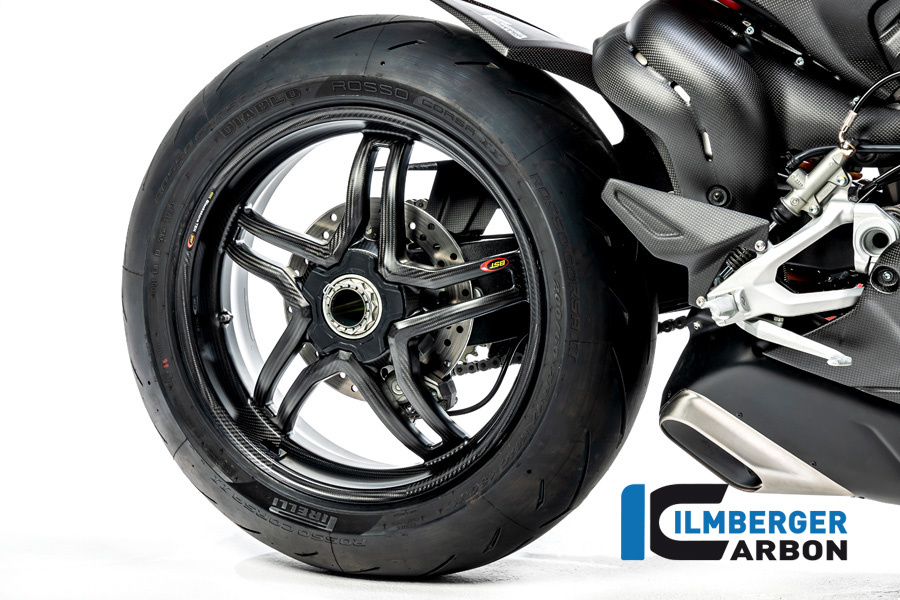 The ultimate in carbon are the BST full carbon rims, and with a choice of the Black Mamba or Rapid Tek variants there's a rim for each taste.

In the pictures above are the Rapid Tek rear rims for the Streetfighter V4, in glossy and satin versions. The satin version is the best choice to match with Ilmberger matt carbon as well as Ducati Performance carbon. The matt versions by BST are a deeper matt than the Ilmberger carbon parts.

Choose the desired colour and version from the drop down menu shown with these rims: