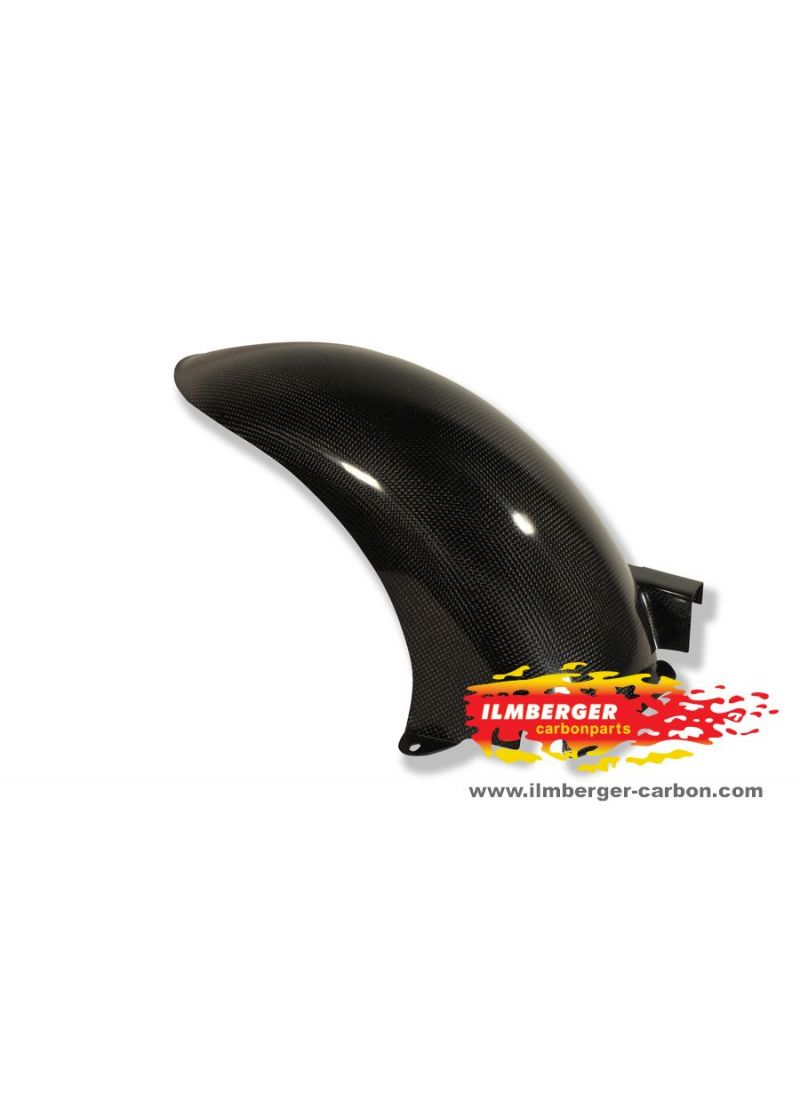 On order - 4 to 8 days before shipping

A clear and thorough installation guide is delivered with this carbon part.

Why choose carbon?
Carbon is a great material in terms of esthetics, through its high-tech look. It gives your bike an exclusive and sporty appearance, if you choose quality carbon like Ilmberger carbon. Besides being beautiful in appearance, Ilmberger carbon saves up to 70% in weight when compared to the OEM part.

Why you should choose Ilmberger carbon:
Carbon is available in a wide range of qualities, but only Ilmberger carbon is of the highest quality, with the best possible finish.

So what makes Ilmberger carbon so special:
Not only does Ilmberger use a high quality carbon as base material, but their experience in producing carbon ensures that the parts you order are of a very high finish. Ilmberger carbon parts are produced in the autoclave from Prepreg carbon weave. The carbon fibre is processed dry and usually laid in fully milled aluminium moulds, then packed in vacuum bags. In the next step, the parts are kept under constant vacuum within the bag and exposed to additional external pressure while being baked in the autoclave for several hours. In addition, the temperature is raised or lowered several times, depending on which fibres are being treated. Following the heating process, the parts are de-moulded and milled and sharpened in the water jet cutter or the 5 axle milling machine. Then, in the final step, the practically finished carbon parts are covered with a clear plastic coating. Extra attention to small details:What really sets Ilmberger apart is the minute attention to the smallest details. The carbon fibre follows the lines of the part, adding that extra touch, which makes the difference between 'just any carbon fiber part' and the perfect quality of Ilmberger. The seams between different carbon fiber panels are nearly invisible and are placed in inconspicuous corners of the part, to ensure the part stands out. Besides that, you will not find black spots in Ilmberger carbon parts, and if you buy a full cowl set, the patterns of the different cowl parts all follow the same path, which ensures that your cowl looks like a one-off piece. All parts are delivered ready to install, plug-and-play, and we guarantee a no-hassle-return policy on part fitment.

Carbon clear-coat
Ilmberger only uses a special high-tech coating to finish its products with. All parts are provided with a unique clear plastic coating that gives the carbon structure an outstanding depth and is visually and technically superior over all conventional clearcoats. With regard to their protective effect it plays in a league of its own: Even after extensive testing under the toughest test conditions in the laboratory the plastic coating shines like new